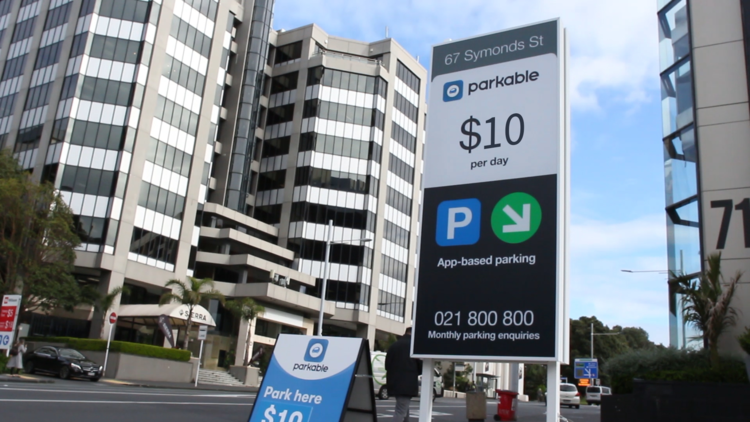 There are large pockets of parking space in every city that are inaccessible to most of us, because they are securely guarded by access control gates, where the golden key is a plastic access card. This means that a huge amount of space is being underused, while at the same time people circle in their cars, searching for a park.

Parkable’s developers have been busy for months creating a solution for access control, so that these gates can be opened using the Parkable app. Finally, we’re there. Now, those with access-controlled car parks can become Parkable hosts, and Parkable users can access these parks without needing to carry an extra card around.

For hosts, this means increasing the potential and profitability of your space, without a whole heap of admin giving out individual access cards. It also means retaining the security of your carpark, because each parker is part of the Parkable community.

For Parkable users, it means more parks to choose from, and convenient access to secure parks from your phone, without needing to put down a bond on an access card - or needing to worry about losing it. Already, Parkable has added two new inner city hosts this month, made possible through this exciting new technology.

Through partnering with IoTStream NZ, we have developed an access control device utilising Bluetooth and Internet of Things connectivity. At a tap of your phone, the gates will open. The device we have created is universal, so that any access-controlled car park can install it and open their space to Parkable users.

If you’re parking in town, look out for the new Parkable signs on 110 Symond Street!

It's tricky to make the best of cities - there are always new things to do, easier ways to travel. Whether you’re looking for e-scooters, interesting running routes, or the best things to do this Friday night, the app world has your back.

Having great friends at work helps to sustain us - 8 hours/day, 5 days/week. Despite the benefits, often businesses see work friendships as a distraction or barrier to productivity, but we're here with the research that says otherwise:

For those struggling to make ends meet or wanting a new side hustle, here are four ways to make extra income through the sharing economy.

Circling the block for a park, is also doing something else - polluting our environment. 30% of urban congestion in major cities is caused by searching for a park. That’s a lot of time & fuel spent on a totally joyless activity.

For many of us, the morning commute sucks. It wastes time, creates stress, deteriorates our health, and makes us less productive. Luckily, there are things you can do. Here are 8 simple suggestions for commuters of every kind...

Even if you’re a regular Parkable user, you might not know everything that nifty blue app can do. Here are 5 features that could make your parking experience, well, probably not awesome, but definitely well-removed from Suckville.

Parking was a daily stress for veterinarian Justine until she came across Parkable subscriptions.

Not in all aspects of her busy life, but when it comes to parking, the ‘planned last minute’ approach works best.

On a rainy day in the Parkable office, when there are no treats in the kitchen and we’re already up to our eyeballs in coffee, there’s nothing better for than a really terrible joke about parking (of which there are many). Enjoy...