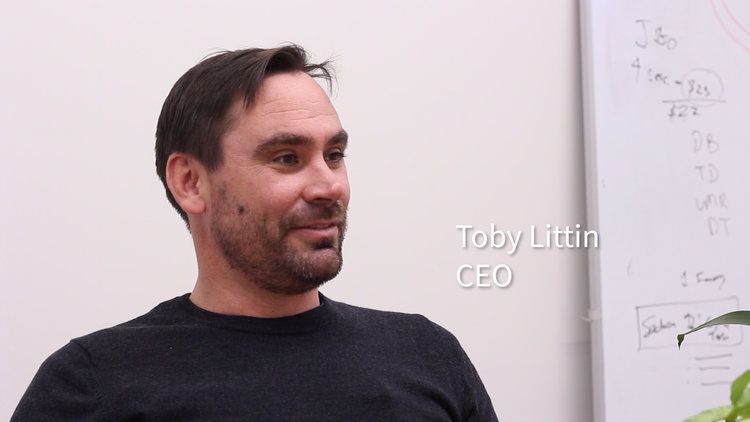 By its very nature, you never know when a crisis is going to hit. When Covid struck, Parkable’s business immediately fell off a cliff. People stopped commuting to work, so they stopped needing parking. Within one week in March, the number of people who parked with us daily dropped by 90 percent. By the end of March, it had fallen by 95 percent.

For us, as for many businesses, it really was a huge, shocking blow. As a leader, it forced me to look outwardly at how great leaders deal with crises, so that we could cope as best we could.

What I’ve learned through this period of crisis and by looking outwardly at leaders like Jacinda Ardern is that leading into a crisis is actually relatively easy. You know, a crisis happens, and you deal with it - you’re fuelled by adrenaline and by the need to make tough decisions.

But once the first wave of crisis is over, you find yourself at the bottom of a crevasse, with the hard part ahead of you - coming out the other side. It’s a longer journey, it’s a harder journey, and it’s hard to keep people motivated when the pain of that crisis starts to hit. Earnings are down, business incomes are down, people's pay is down, and so there’s no way that you can confront that hard road unless you’ve got a team that’s fully aligned and unless you’re all pulling together and pulling really, really hard.

That’s why we’re making people our first priority, as we did when this crisis struck. People have to be your first priority, because once everyone’s in the same boat, you can face adversity together. If you and your people aren’t aligned, then I don’t know how you can come out of a crisis in one piece.

That isn’t to say that putting people first means avoiding hard decisions. During a crisis like Covid, businesses need to make hard calls in order to survive, and Parkable was no exception. In the lockdown period we reduced hours for nearly all of our staff, and that was pretty painful - but for me, you can put people first even when times are rough.

In practice, putting people first during hard times is about being really transparent, over-communicating, and just being authentic. At the beginning, when we went into Covid Level 3, we tried to provide information early, even when it was bad news, or when we weren’t quite sure what would happen. This situation is unprecedented, so it’s okay to make mistakes and stumble a little bit, but if you’re really transparent and authentic when you’re doing that, then the team will move forward together and you’ll have a team around you who are far more capable of dealing with whatever the world’s going to throw at you.

There are countless examples of how team alignment is the key to pulling through a crisis, but one that I often reflect upon, and one which we’ve talked about as a team, is the story of a New Zealand rower, Jamie Fitzgerald, and his rowing partner. They won the esteemed and challenging race across the Atlantic from England to the US, and their story inspires me in how to lead out of a crisis.

The story goes - and forgive any factual errors as I heard it many years ago - that Jamie and his partner were two or three days out of England in their tiny rowing boat when they encountered a storm. Because they were rowing into this storm, they were literally standing still. They thought, ‘We’re wasting our energy and we’ve got a thousand miles to go, so let’s just stop rowing, put out our sea anchor and rest while the storm is blowing.’

So they put out their sea anchor, but quickly they realised that they were actually drifting backwards and losing ground. Their options were to either row and go nowhere, or rest and go backwards. They were umming and ahhing over their options, and eventually decided that they were better off staying where they were than going backwards. They set this motto for themselves: Just keep rowing. They rowed in shifts, going nowhere, while the storm blew. And eventually, after a few days, the storm eased and they started to make forward momentum.

Eventually they arrived in the US, coming in first place. Firstly they realised that they’d saved about six miles by continuing to row during the storm, which, you know, in the scheme of rowing a thousand mile race, is absolutely nothing. However, they also realised that by continuing to row when things got tough, by rowing through adversity, they had won the race - by a margin of about six miles.

They also set a new record for crossing the Atlantic.

So that story has acted as a kind of guiding light for us as a team and for myself as we go through Covid and start to look ahead. You know, we’re very excited about the future - this is a race that we’re in and it’s a long race, we’ve just encountered our crisis, and I’m excited by the fact that our team is clearly demonstrating that we’re willing to keep rowing. We’re willing to do the hard stuff. We’ve gone through this together and we’ll go into the future this way.

Finding clarity in the noise

There’s so much noise out there about the right way to lead a business through a crisis, and it can be hard to figure out what to do. For me and for our team, the first of all is keep rowing, and keep rowing together. Do what we have to do to survive.

But we’re moving into a new world post-Covid, and some behaviours will definitely have changed once we get to the other side. For example, after this, more people will probably work from home. That’s going to change the way people travel, as well as hopefully having a really positive environmental impact.

For us at Parkable, changes in how people work will have a direct effect on how they view or value our product. Most of the people who park using our app are commuters, and our large enterprise clients use our system to manage workplace parking. Now, incredibly quickly, the needs of commuters and enterprises have changed.

However, before we make those big decisions, we need to ask how our core product can help businesses to face the adversity that they’re facing, perhaps in ways that we haven’t considered before. Once we’ve considered that, we can think about strengthening those aspects through innovation. In a phrase, this means innovate, but innovate close to our core.

An example of this is that in the past weeks, we’ve started emphasising different aspects of our product. The fact that parking with an app is touch-free never meant more than ‘it’s easy’ before Covid, but now the hygiene and health aspects of that have become much more important. This requires us to pivot how we talk about our product, but also for us to consider new ways to innovate and become even more valuable and relevant for our customers.

In a world where we have to adapt really quickly and where there’s a lot of uncertainty, there’s no way you can survive on your own. More businesses will be out there looking for ways to deliver value, and that means increased competition, and it means that, in a changing environment, you need to innovate very quickly to stay ahead. In order to do that, partnerships with like-minded businesses are essential.

When you’re in a slower-changing world, you can afford the time of discovery yourself. But the world is moving so fast right now that if you don’t rely on partners, you aren’t taking the learning that those partners may have, and you aren’t providing them with the learning that you have, and the knowledge that you have to advance or develop a new concept in the fastest possible way.

And right now the pace of change is quickening - marketplaces are transforming under our feet, and in hours we’ve seen entire markets and industries change. If someone had told us in January that the global airline industry would be nearly insolvent come April, we would have laughed them out of the room. And yet here we are.

It’s tragic, and the only way to counter that fast-changing world is with agility and innovation. But in a deep economic recession, innovation is often the first thing on the chopping block. So one way to achieve innovation is by partnering with others to create new products and services quickly. It’s often lower-cost, it’s often faster, and it does mean that you have to share the upside more, but that’s a good thing, that’s helping your partner business win as well as yourself.

So as we exit the lockdown and move into an uncertain economic future, I think that partnerships and particularly partnerships around innovation and new market access will be more important than ever. Before you get to that point, however, you need to focus on your people, make sure everyone is aligned, and that you can survive by working together. That survival requires reframing your product or service, seeing what resonates with people now, and building on those aspects through innovation.

What does the post-Covid future look like for your business?

We're interested in talking with like-minded businesses about innovating toward a brighter future. If that sounds like you, get in touch!