Startup to Scale Up: Going Global

Entering an overseas market for the first time is a huge step for a startup business, bringing new challenges and fresh rewards.

In this episode of the Startup to Scale Up series, we talk to CEO Toby Littin about Parkable’s journey going global, including when you know your business is ready, how to choose where to expand, and - once you decide - how to go about entering an overseas market.

Last week it was announced that Parkable is going global. What does that mean to you?

“It’s quite a big milestone for us as a business. It means that we believe that we’re ready to go and take on international competition. For us it’s a real test of our capabilities, and that’s really exciting. But most importantly, it’s a moment in time that really reflects the awesome work that the team have done to date, where we can pause for just a second to reflect.”

How did you know that Parkable was ready to undergo an overseas expansion?

“For us it was always part of the plan to scale internationally. The readiness test for us is twofold: the first thing we look for is, ‘do we as a business have this thing called product-market fit,’ which basically means do we have a product that customers are willing to pay for. We found that pretty early in this business, which we were stoked about. But the second test is really, ‘have we built systems and processes that are scalable and repeatable?’ We do that domestically first, here in New Zealand. That’s about testing things like, ‘what happens if we add several customers at once?’ Does the business cope? Can not only our technology and software stack cope, but can our team cope -- customer service and that sort of thing? So we look really closely at our systems and processes internally, and make sure that we have something that is scalable and repeatable. And when we could answer yes to that question, then we know we’re good to go. Now it’s about stepping into that international market and scaling and repeating the systems that we’ve got, and continuing to improve them.” 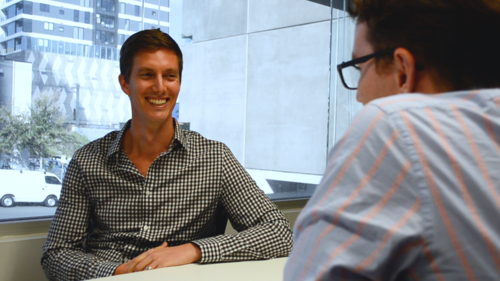 Why did you choose to expand to Australia first?

“A few reasons, really. Australia is obviously a place that we’re familiar with -- all three of the founders and a number of the team have been there, both in a business sense and for holidays and with family, so it’s culturally comfortable. We know the market, we know the geography, we know the people. Then there’s the mechanics of language and time zones — they’re really similar, and that’s really helpful, because instead of doing business at the opposite end of the day, where you have to stay up all night to get things done, Australia is pretty easy, just a few hours either way. We also looked at the competitive landscape, and that was a big part influencing our decision -- not just Australia, but where in Australia to launch. It became a pretty easy and logical decision for us. Lots of New Zealand businesses have done it, and there is a lot of NZ business support in Australia from the likes of Trade and Enterprise NZ.”

“China is stage 2 of our international growth, and it’s a very different market to Australia. We chose China because we have some pre-existing relationships up there, and that brings with it some opportunity where we can test our business -- product-market fit, the scalability of our systems in a foreign language market and in a slightly more distant culture and time zone -- and do that on relatively friendly terms, because of the relationships we’ve got up there.”

How did you begin the process of overseas expansion?

“First thing we did was we put feet on the ground in Australia. Warwick, one of my co-founders, got on a plane and did kind of the mother of all road trips through Australia, and went and met with a lot of people who were in similar businesses to us, met with a lot of traditional parking operators over there, met with prospective enterprise customers for our business product, and just got chatting. He spent a good number of weeks doing that, and in the process came to understand the market really well, came to understand the competitive landscape, and from there we stepped back and formed a plan as to how we enter the market. You know, geographically where is good for us, who are some of the people that we might want to work with over there, and it was through that that the opportunity for the acquisition of Park Genie came about as well, and that became a very logical choice for us.”

Parkable has acquired another parking company, Park Genie. Why did you choose to launch in Australia through an acquisition, rather than through other means of expanding?

“There are lots of ways that you can enter a market, and we reflected on all of them. But for us, we’re all about speed -- our business is operating in a space where speed is a big part of the competitive advantage. So what that translated into was the question, ‘how can we do this as effectively and as quickly as possible?’ And an acquisition became a logical choice. Having met Mike, the founder of Park Genie, we felt that not only would his business give us a leg up in terms of acceleration into market, but he was also an amazing skills fit and cultural fit for our business. He joins us after founding Park Genie a number of years ago; prior to that he was part of the team that started up Uber in Australia; he gets the sharing economy, and he’s a damn good guy. So when we had the conversation about working together to scale through Australia, he saw the logic in it, we saw the logic in it, and we also recognised that with our technology platform and his local knowledge and existing customers, we could actually add quite a bit of what’s called extension revenue, so new opportunities with his existing customer base, just by throwing the two together.” 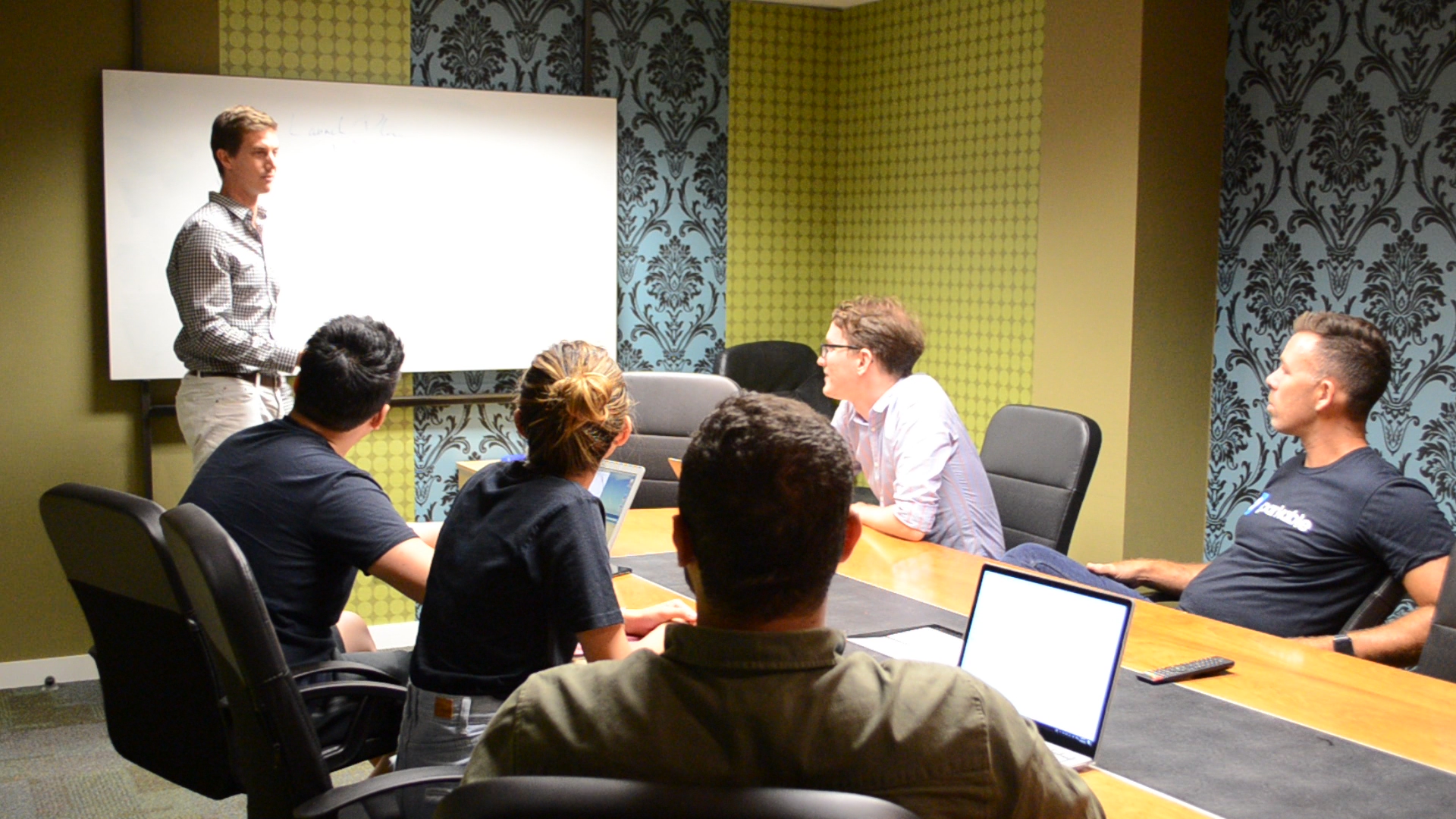 What are some of the challenges involved in expanding to another market?

“It’s always harder than you think, it always takes longer than you think. For us, if I focus on Australia, where we’ve got cultural similarities, language and time zone similarities, there’s still a few legal differences between the way businesses are run over there and over here, particularly in our industry, and that’s taken us a little bit of wrapping our heads around. Despite the best ambition in the world, as I say, it takes longer. So practically, we would have been ready and implemented our tech stack within weeks, but it’s taken months in the end, which I think is very normal. But I think the biggest challenge for us is building a great team in the new market that aligns with the global culture of the business that we want to build, and having the humans get onboard with the vision and mission of the business. That human element always takes the longest - it’s also the most rewarding, having a team motivated and empowered to deliver on the same goals. It’s awesome, but it does take time.”

How do you manage going from a very small, close-knit team, to having an office in another country?

“That was fun - as I say, the human side is the most challenging. But we’re big believers in rhythms in this business, and as we scale the team, having established rhythms early is really important. It sounds really boring -- and it is the boring stuff. It’s things like making sure you’ve got your regular meeting cycles booked in, and making sure that there’s not too many of them. Making sure that you’re prioritising time with each of the teams, and then -- for us, we’re a values-led business -- so that’s where we start. We work really hard to get alignment on values, no matter where you sit in the world. Then it’s all about sharing the vision and the mission, and that translates into standardised measures of success for the business. Part of the induction into the business for any new joiners is to create a common understanding of the ten most important things that we measure for success, and of those, which is the single most important one that we rely upon to let this business grow. After that, you recruit good people, and it comes together pretty easily.”

What advice would you give to other New Zealand businesses that are considering going global?

“I think in many regards, I would have started earlier, because it does take longer than you think. While we worked hard to try and prove that we had scalable and repeatable systems -- and it sounds a little bit counter-intuitive -- but as a startup, you’re constantly problem solving, and that doesn’t change just because you’ve got a system that works here in New Zealand, or a system that scales well in New Zealand. So I’d say start early on the journey. Whatever systems you have that work well in one country -- well, you’ll probably have to adapt them when you enter a new market anyway.

“Also, look for partners in the market that can help you grow, you know, not only the acquisition, but we’re also working with a lot of great businesses and a lot of great people who are actively helping us to grow. That’s key to accelerating growth and key to getting a start in a new market. So, yeah - start early, and look for good partners.”