Airbnb started with the GFC: How does the sharing economy look after COVID-19? 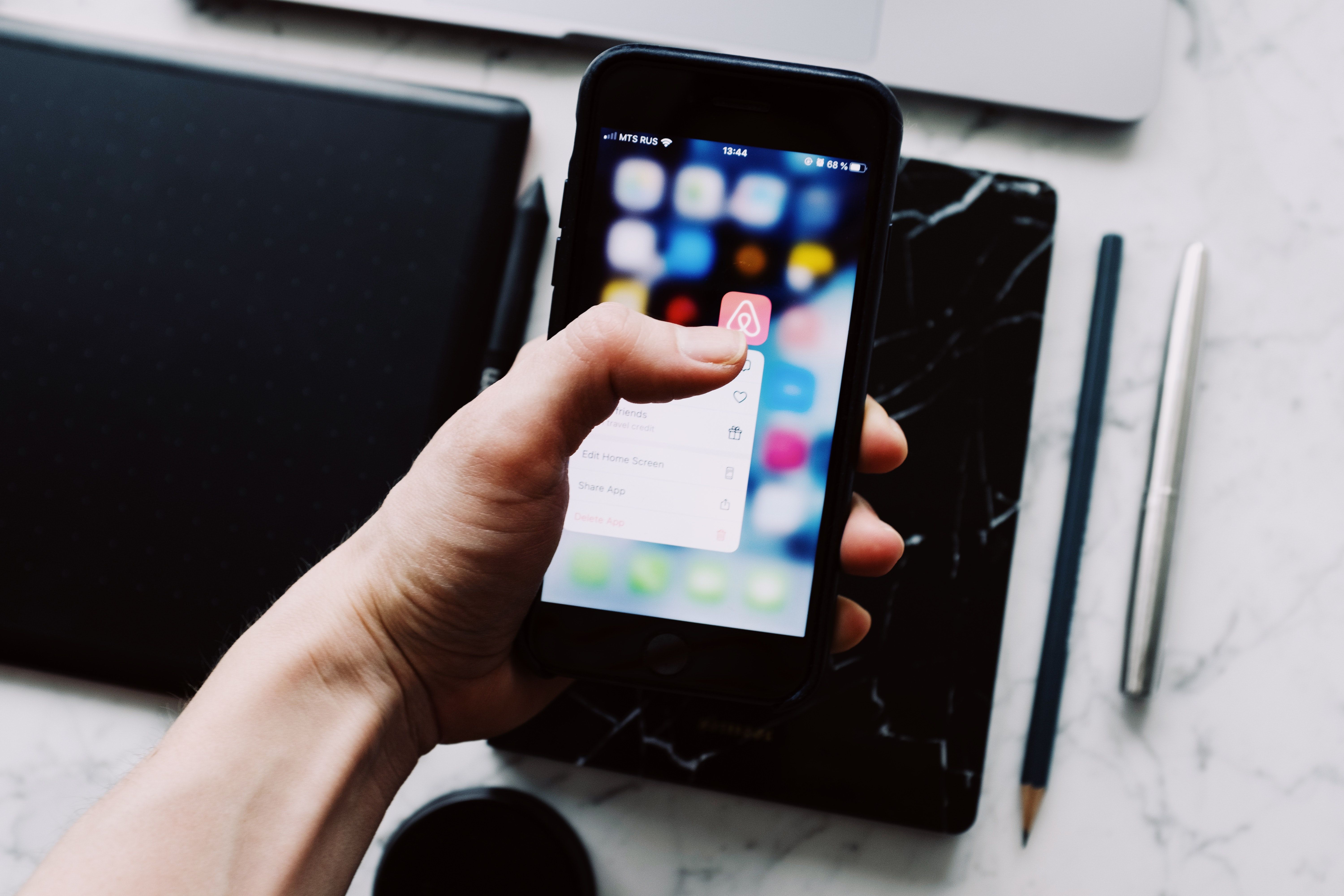 Let me start by saying that the enormous human cost of Covid that we’re seeing around the world is terrible and tragic. At Parkable we’re blessed that we haven’t had too many people affected, and that so far New Zealand and Australia are managing relatively well when it comes to keeping people healthy and safe.

However, there’s also the commercial cost of Covid, which very few of us are escaping unscathed. During the lockdown, at Parkable we saw our own numbers being absolutely decimated, and we’re talking to friends, colleagues, partners and businesses around the world, and they’re all being financially decimated as well. Many people are saying that this could be the deepest recession since the Great Depression. In that environment, it’s really easy to suddenly be full of doom and gloom.

At Parkable we’re working hard not to see the world that way, and to see that while what’s going on is tragic, there’s a way through and there’s a positive future ahead. And I also keep in mind that when change comes, so does opportunity. What we’re seeing right now is huge, fast-moving change. So to the extent that change creates opportunities, now is a great time to be starting a business, or to be innovating, because there are so many opportunities evolving really really quickly.

In my view, that’s particularly true for businesses within the sharing economy, like Parkable. The sharing economy is a business model where people and businesses which have latent, unused assets are able to share those with others via an automated platform. Common examples of these are Airbnb, which was founded in the last recession, and Uber. In the sharing economy, someone who has an asset - like a home, a room, a car, or in Parkable’s case, a car park - is able to share that asset with others via a digital platform, and generate revenue from something that was otherwise sitting idle.

What I’m seeing is that the business model and the concept of the sharing economy is becoming increasingly relevant as we move into a likely recession and long-term downturn. Here’s why.

Right now when people make decisions about how to spend their money, I think the two key sentiments are ‘I’m really cost conscious’ and ‘I want to buy local’. While sometimes those sentiments are a bit at odds with each other, the sharing economy is often a place where you can buy locally and affordably - and that makes it a really powerful business model at this moment in time.

You know, Airbnb is a low-cost way of staying somewhere, Uber is a low-cost way of getting around, Parkable is a low-cost way of finding car parks. That’s possible because you’re connecting provider to consumer directly through a digital platform; often your operating costs are a lot lower than that of traditional business models. And for a business like Parkable, which is New Zealand owned and operated, not only are you giving your parking dollars to neighbours, local businesses, and organisations when you use Parkable - you’re also supporting a local platform.

In a recession, more people are wanting to share and make extra income. This is because, first of all, in a recession there are a lot more people with latent assets, with stuff that isn’t being used. They can’t afford to use it, they’re not able to use it, and so it might be sitting idle for business or personal reasons.

The second reason is that there’s more need to generate some money. There are a lot of people who are out of work, so the need to bring money into the household is increasingly important - and that makes people try new things. It makes them open to opportunities presented by the sharing economy. At Parkable, for example, we enable everyone from a homeowner or tenant who has spare space, all the way to large businesses that are managing the parking for staff, to list their space on the platform and generate revenue. With people and businesses struggling, I’m really pleased that Parkable can help out a bit and ease financial strains.

Third, we’re seeing continued trends among humans that we like to buy things digitally, and that trend is accelerated hugely with lockdown. For example, Alibaba grew hugely during SARS. All of this signals that what we’re facing is going to be a brilliant incubation environment for sharing economy businesses.

The current recession isn’t the same as the GFC

In general, recessions make a good environment for sharing economy businesses. However, not all recessions are the same - the GFC and the current recession are inherently different - and they won’t all present the same opportunities for all kinds of businesses. Now probably wouldn’t have been the time for Airbnb to launch, because the travel industry has been so badly impacted.

And Covid is very very different in that we no longer have the confidence to be in close proximity to strangers, even loved ones, and we don’t know how long that will last. The need to socially distance has decimated travel, it’s decimated tourism, hospitality, entertainment. We’re seeing that not only are those industries being shut down by government decisions and the impact of Covid, but we’re also seeing a shift in consumer sentiment - people may not want to spend as much on these things which leads to much uncertainty about how long this recession will last.

There’s talk of a second wave of the virus shutting down regional economies again, and that uncertainty is leading people to protect their dollars and for businesses to protect their balance sheets a little more, not take on as much debt, protect any cash reserves they do have, make them go that little bit further. Research that came out as recently as last week says that more people will put travel dollars toward saving and paying off debt, rather than travelling domestically. What that means is that the duration and depth of this recession is going to be a whole lot more uncertain than recessions in the past.

So that has a marked difference in terms of how businesses will respond and the opportunities that are created for businesses, in my humble opinion. Any business related to tourism or even hospitality, regardless of whether it’s sharing economy and the best business in the world, is going to hurt. They’re operating in a part of the economy that is going through unavoidable pain. As I said, the GFC was a great time for Airbnb to launch, whereas the recession following Covid, perhaps not so much.

That actually suits our business really really well, because we’re able to help businesses that are trying to share those business assets and stretch their dollars, without stretching their staff too much, and by actually adding to the staff experience.

I think the same can be true for a lot of businesses in our space - sharing vehicles, desks for hotdesking, car parks - Covid won’t affect those areas like it’s affecting tourism and hospitality, so sharing economy platforms in the business arena are in a good position right now. Because at its core, the sharing economy is really about making an asset go further, and that’s going to be really valuable for businesses that want to cut costs.

The sharing economy and sustainability sentiments

More positive developments have also taken place since the last GFC. The world has moved on since 2008, and people are now far more community-minded and environmentally-minded than they were before - and rightly so. We need to be that way, because it’s better for our mental health, it’s better for our planet, and it means that we will have better places to live. That mindset can be seen in many areas of life and business.

With the sharing economy, we’re able to use and reuse resources more efficiently - we can share, rather than buying or building new. We’re able to open up new marketplaces that previously would not have been economically viable, and which align with a more sustainable world. You’re buying off friends and family down the road to support them and their household and their business, helping to support your local community, your local economy. And I think that prioritising those things is a human trend that’s advanced and developed a lot since 2008, and I think that’s something that the sharing economy can help to support.

An example of that sustainability potential is a young business down here in New Zealand called Civil Share. They share leftover construction materials, earth moving equipment, things like that. More than ever right now, it might be difficult for some businesses and construction sites to access the equipment and materials they need at a reasonable price, so by using the sharing economy and platforms like Civil Share, they can do their work at a lower price. And of course the other side of that is that it’s good for the environment. By sharing, we’re not building more diggers, we’re not creating more waste - instead we’re using the leftover stuff that’s already available. I think that’s a classic example of the sharing economy enabling something that’s better for the environment - and more suited to the current economic environment.

It’s so important for businesses like that to get traction right now, because in terms of sustainability, there’s a really split camp at the moment. We’re seeing a lot of talk and rhetoric about us being at a T-intersection in regards to the environment, and businesses and governments needing to make decisions to support sustainable, environmentally-minded policies for rebuilding our economic growth out of this, as opposed to throwing the environment under the bus, as we have since the 1920s, in order to gain economic growth.

And the reason it’s a T-intersection is because with the recession coming, we’re kind of out of time in terms of our global environment, but we’re going to be making policy decisions and investing billions of dollars globally into economic growth. If that goes the wrong way we’ll just go too far down a path of environmental damage, so that’s why it’s a hard decision now that needs to be made. There are two very vocal groups going each way on that - and I hope the environmental group wins, and that businesses, including those in the sharing economy, can support that.

Lack of staff parking is a major bone of contention. Time wasted cruising for parking, and earlier starts by employees racing to win limited parking, take their toll on worker wellbeing. This is even more pressing with flexible working.